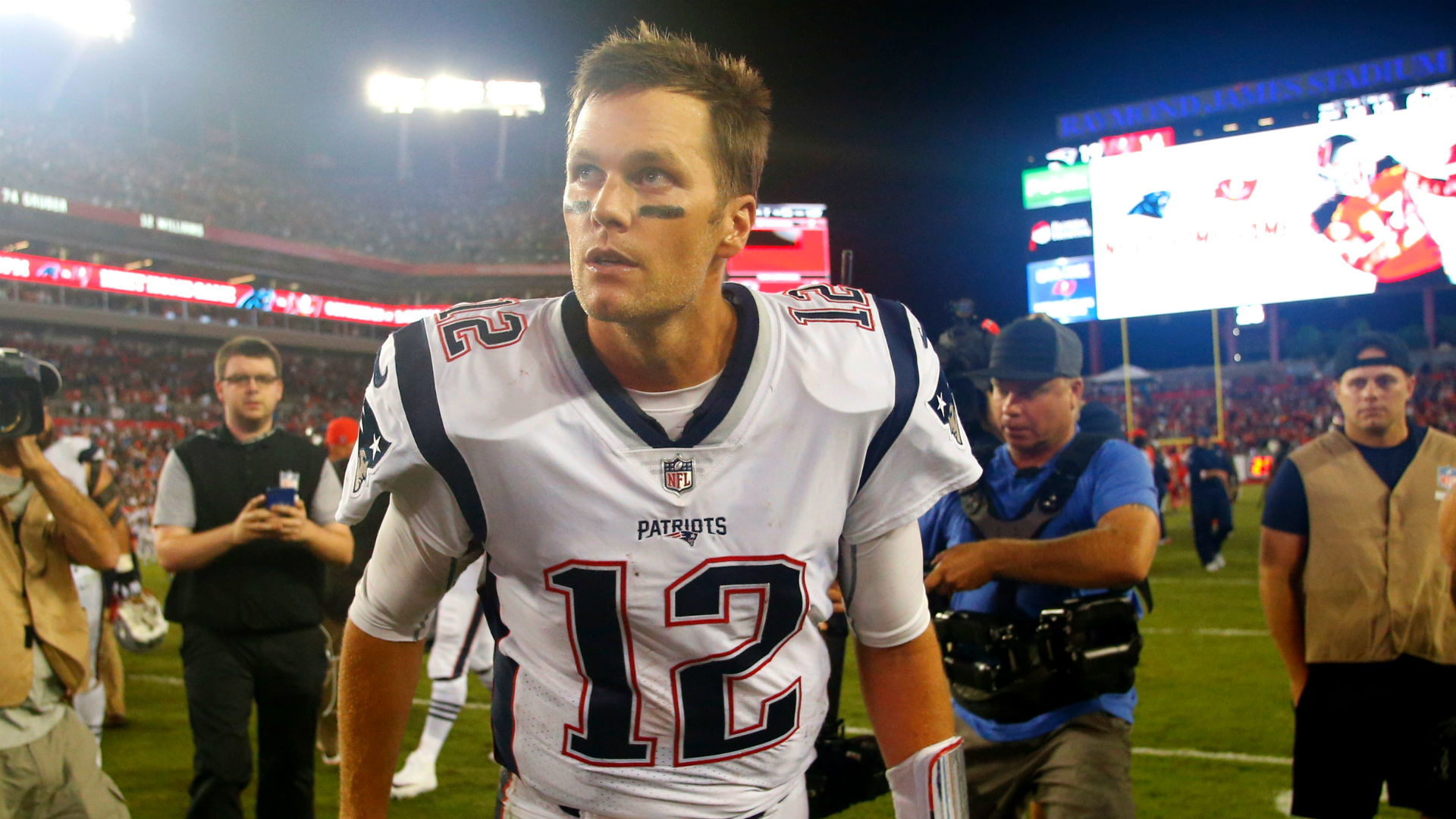 If you build it, he will come?

The Buccaneers’ interest in Tom Brady wasn’t immediately apparent throughout free agency, and was only confirmed once news broke that Tampa Bay inked him to a contract. That didn’t mean that Jason Licht and the rest of the Bucs’ front office weren’t hot after him.

According to the Tampa Bay Times, the Bucs named their quest to sign Brady “Operation: Shoeless Joe Jackson.” The name was put in place because the likelihood of Brady leaving New England and its six rings for Tampa Bay, a team with a .387 lifetime winning percentage, was equal to “Joe Jackson walking out of a cornfield in Iowa,” per the Times. So, needless to say, it seems as though Tampa Bay’s hopes of landing Brady weren’t particularly high.

MORE: How the Bucs became Tom Brady’s best fit to win without the Patriots

The “operation” name was coined by Buccaneers director of player personnel John Spytek, who also happens to be a former teammate of Brady’s at the University of Michigan.

Jackson was one of the focal points of the 1989 classic “Field of Dreams” and a member of the 1919 White Sox team (referred to as the Black Sox) who were accused of throwing the World Series amid a game-fixing scandal.

In early March, Brady and the Buccaneers came to agreement on a two-year, $ 50 million contract, and it’s all fully guaranteed. The soon-to-be 43-year-old quarterback left the Patriots, Bill Belichick and Robert Kraft behind after 20 seasons and six Lombardi Trophies (and nine overall Super Bowl appearances).

While there’s no certainty as to how the pairing between Brady and head coach Bruce Arians is going to go, the love Tampa Bay has for Brady is apparent already.

March 29, 2021 aon muhammad Comments Off on UCLA’s Mick Cronin ‘bailed out’ after foul error in Sweet 16 win vs. Alabama