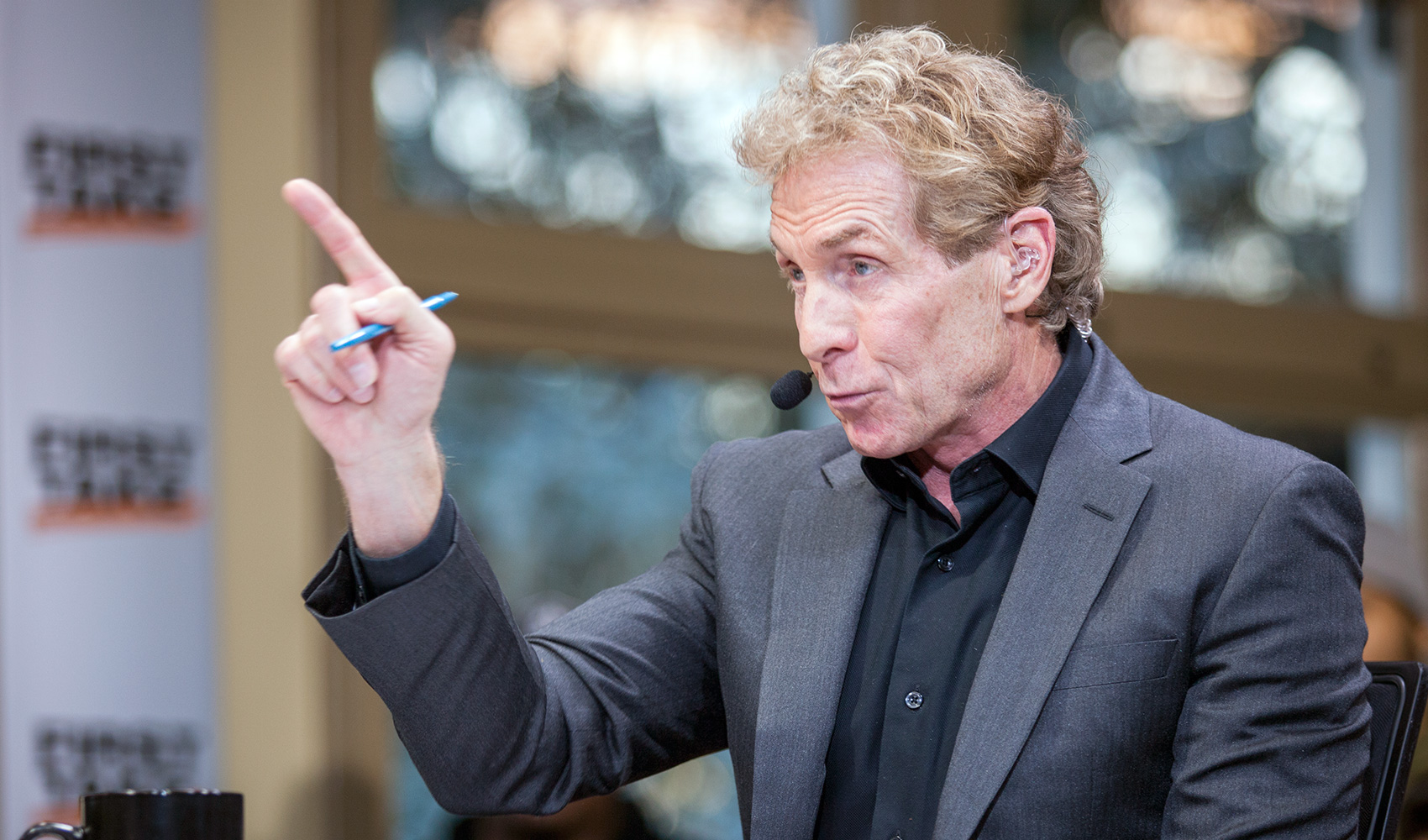 Gonzaga freshman Jalen Suggs delivered one of the top shots in March Madness history on Saturday, banking a halfcourt, buzzer-beating 3 off the glass to give the top-seeded Bulldogs a 93-90 overtime win against 11-seed UCLA in the Final Four.

The shot was amazing, without a doubt. Also consider the time left on the clock (3.3 seconds when Gonzaga inbounded the ball), the Final Four stage and back-and-forth nature of the game, and many will count this matchup among the greatest in NCAA Tournament history.

Eternal heel and chronic contrarian Skip Bayless, however, did not hold that opinion. On the contrary, the “Skip and Shannon: Undisputed” co-host called the shot nothing more than “pure luck,” adding later that, for that reason, the game couldn’t be considered an all-time great one.

No idea how you can call that an all-time great college basketball game when it was won by a lucky shot.

Just for clarification, Bayless was unimpressed by this shot:

There’s really nothing to say about Bayless’ opinion. He’s committed to a bit, one that pays well and places him in the news even when he’s not doing anything particularly newsworthy. But just for the sake of posterity, let’s note that a “lucky” shot does not detract from the greatness of this Final Four matchup — it only adds to it. Any other opinion is asinine.

Say the shot was just “lucky.” Does that take away from Jaime Jaquez Jr. tying the game with a putback with 3.3 seconds left in overtime? Does it take away from Drew Timme, with four fouls, drawing a charge on Johnny Juzang with 1.1 seconds in regulation on a would-be lead-changing Bruins possession? Does it take away from Suggs’ incredible sequence where he blocked a Cody Riley dunk attempt and then dished a half-court bounce pass to Timme for a dunk? Does it take away from Juzang’s game-high 29 points on 12-of-18 shooting? Or the 19 lead changes, or the fact that no team led by more than seven points?